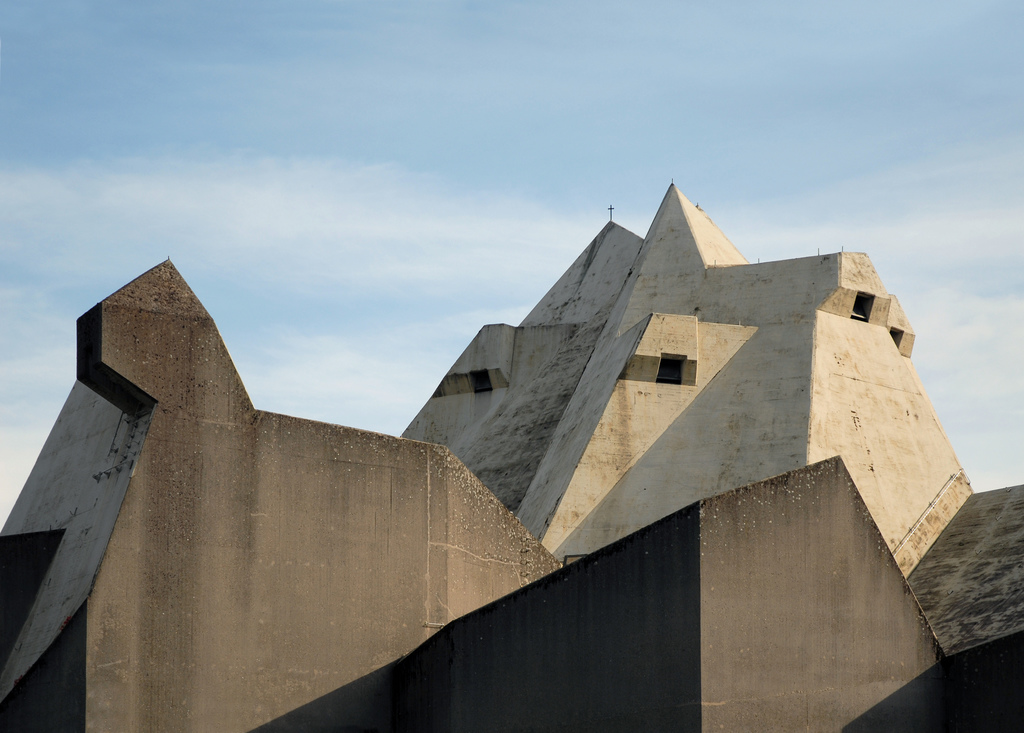 Concrete is the most often used construction material of the modern world.  It is simple and economic to make and if the Egyptians had known the secret they could have made it 4000 years ago. To make concrete, first you need to make the cement (or mortar) that holds the concrete together.

The Romans did this by burning limestone (which is mostly calcium carbonate CaCO3) to create something called quick lime (calcium oxide CaO). Burning isn't quite the right term because "to burn" usually indicates an oxidation process which involves the "chemical union of oxygen with any substance".  What actually happens in a lime kiln is that the temperature of the limestone is increased to a point above its dissociation temperature.  The earliest lime kilns were really just layers of wood and limestone stacked together and lit like a giant bonfire.  So it is easy to see why it is called burning limestone when it really isn't.

Anyway, when the limestone gets to at least 900 deg C for several hours,  it releases carbon dioxide (CO2) and leaves behind quick lime (Calcium oxide CaO).   Calcium Oxide isn’t stable and it will start pulling carbon dioxide out of the air and turning back into Calcium carbonate.  So you can’t store it long term unless you find some way to seal it in a container without carbon dioxide.   The checmical equation is shown below.

Once the quick lime has cooled it is mixed with water to form Calcium Hydroxide (Ca(OH)2) which is also called slaked lime or hydrated lime.  This reaction produces quite a bit of heat and has been used to create self-warming beverage cans or heaters for meals. Depending upon how pure the initial limestone was it can produce hydraulic or non-hydraulic lime.  Hydraulic lime will set underwater (it needs water to cure) and non-hydraulic lime sets in air (it needs carbon dioxide to cure).  Impurities such as silicon oxide, aluminum oxide, ferric oxide will cause the formation of hydraulic calcium hydroxide.  The Romans introduced such impurities by adding volcanic ash or pumice to the calcium hydroxide.  The Romans mined such volcanic ash near the city of Pozzuoli, Italy and the ash came to be known as Pozzolana.  Typically it was mixed in a ratio of roughly 1:3 (hydrated lime: volcanic ash) for buildings and roughly 1:2 for underwater work.

Now that you have a hydraulic cement (or mortar) you can mix it with an aggregate such as sand or gravel and create concrete. But the Roman engineers had one more trick up their sleeve.   If you were to mix these ingredients together in the manner of modern concrete and place it in a structure, the result would certainly not hold up as well as the Roman concrete has.  That is because the Romans hand mixed the hydraulic lime and volcanic ash in a box with very little water and then transported it to the site where it was then placed and tamped (or pounded) into the voids of the rock layers.  This tamping reduced the need for excess water which is a source of voids and weakness.

So it is false that you can make concrete with powdered limestone, sand, gravel and water.  Mixing that will just make a muddy mess.